The sail that is undergoing the most significant development today is the spinnaker. With the help of better fabrics and ever improving sailmaking technology, spinnakers are more efficient both downwind and also closer to the wind with angles as close as 45° apparent being possible in some cases. 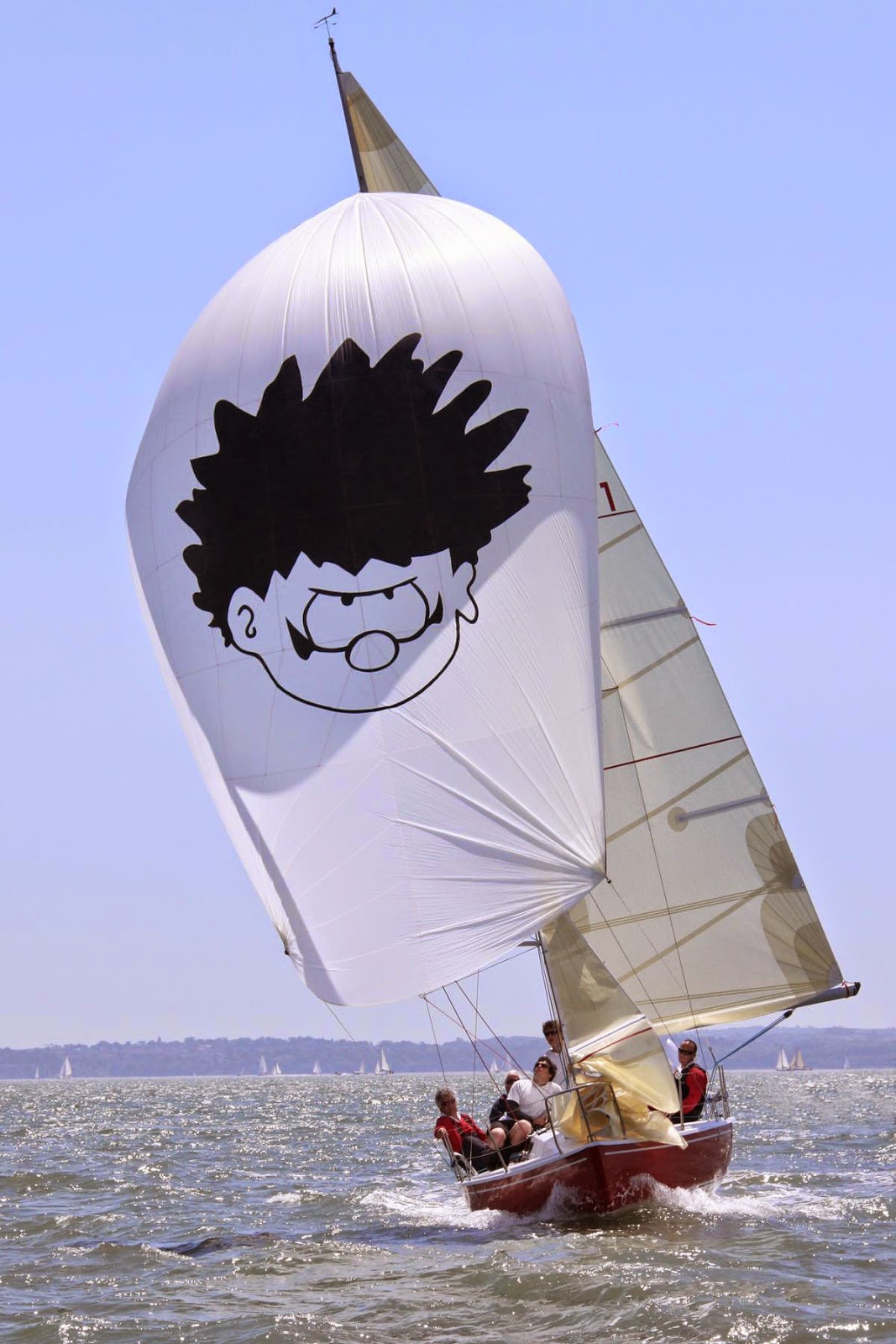 The optimisation of a particular spinnaker or inventory is as much to do with subtleties in shaping as it is for overall area. OneSails make a broad range of high performance spinnakers for racing boats, symmetric and asymmetric and it is important for the owner that every sail is customised for a particular boat with specific angles and windspeeds in mind in order to give truly superior performance.

It wasn’t that long ago that a typical 3 sail spinnaker inventory consisted of a ‘light runner’ (0.5oz), an ‘A/P’ (0.75oz) and a small flat ‘heavy’ (1.5oz). The cloth weights that were used to describe these sails bore little resemblance to the actual weights. Nowadays many more cloth weights are available with perhaps as many as 10 different weights available between 0.4oz and 1.5oz. The cloths are also available in different styles each of which will be more or less appropriate to a given end use.

Towards the end of the 1990’s many boats began replacing their traditional symmetric flat heavy spinnakers with ‘mini reacher’ asymmetrics, more commonly known as A5’s. These quickly developed a reputation as a real utility sail and were able to point higher than the other symmetrics in light airs, were better at beam reaching in moderate airs and could still be flown off a conventional pole as a ‘chicken chute’ in heavier airs. Since then asymmetric development in particular has progressed rapidly and nowadays it is commonplace for most symmetrically rigged boats to also carry an asymmetric or two to cater for particular conditions. 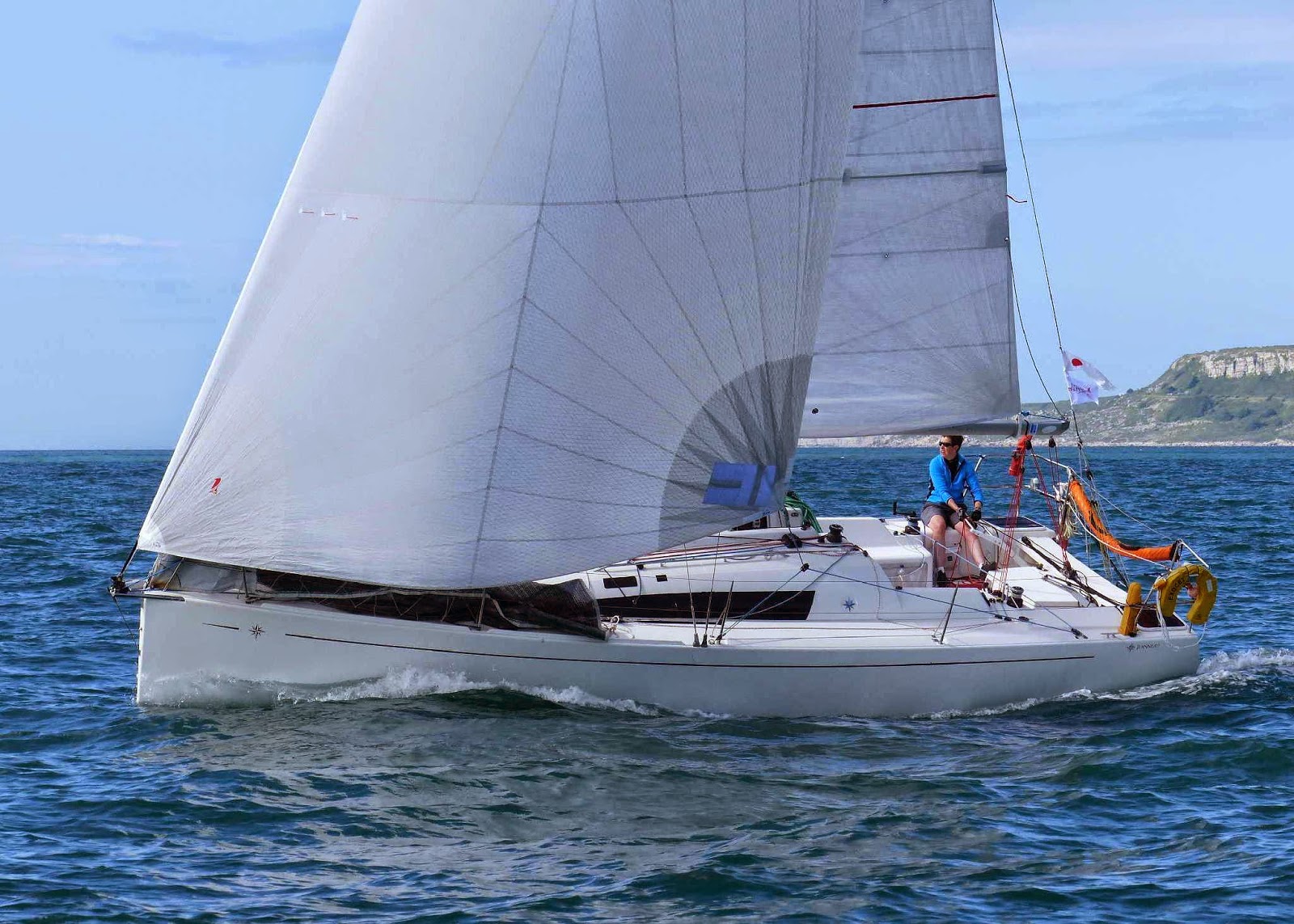 In recent seasons Code Zero’s have become very popular especially on the more modern boats that carry relatively small non-overlapping headsails. These boats are often underpowered in lighter airs and on beam reaches that are too close to fly a conventional chute. Here the Code Zero comes into its own; in very light airs, 4-5 kts TWS for example, a boat with a Code Zero will point virtually as high as a boat with a conventional headsail but with much more area and a far better VMG. As with the A5 mentioned above, the Code Zero is also very useful at broader angles in more moderate airs when the boat would be over pressed when flying a full sized spinnaker.

The graphics below provide an indication as to how various spinnakers might fit into a particular inventory. Bear in mind that these graphics are a guide only but nonetheless provide an indication as to which sails might be used to cover a given range of conditions and angles. Clearly a smaller inventory than those shown would either leave more gaps or else mean that the remaining sails in the inventory are having to do more work or are less than optimal. For example, removing the S1.5 from the symmetric inventory doesn’t necessarily mean that the S2 can’t cover the gap it would leave but it wouldn’t do as good a job. On the other hand, if you want to sail at a TWA of 70° in 4kts TWS your only chance is to fly a Code Zero, the other spinnakers simply won’t get you there! It is also possible of course to have a mixture of symmetrics and asymmetrics onboard in order to cover all the bases. At OneSails our design teams have experience of designing custom sails for boats ranging from ’s Cup to the smallest of One-Designs and it is this breadth of experience that means that we can offer you the right advice and make sure that you get the right sails for your boat and your specific needs. Please don’t hesitate to contact us to discuss all your downwind requirements. 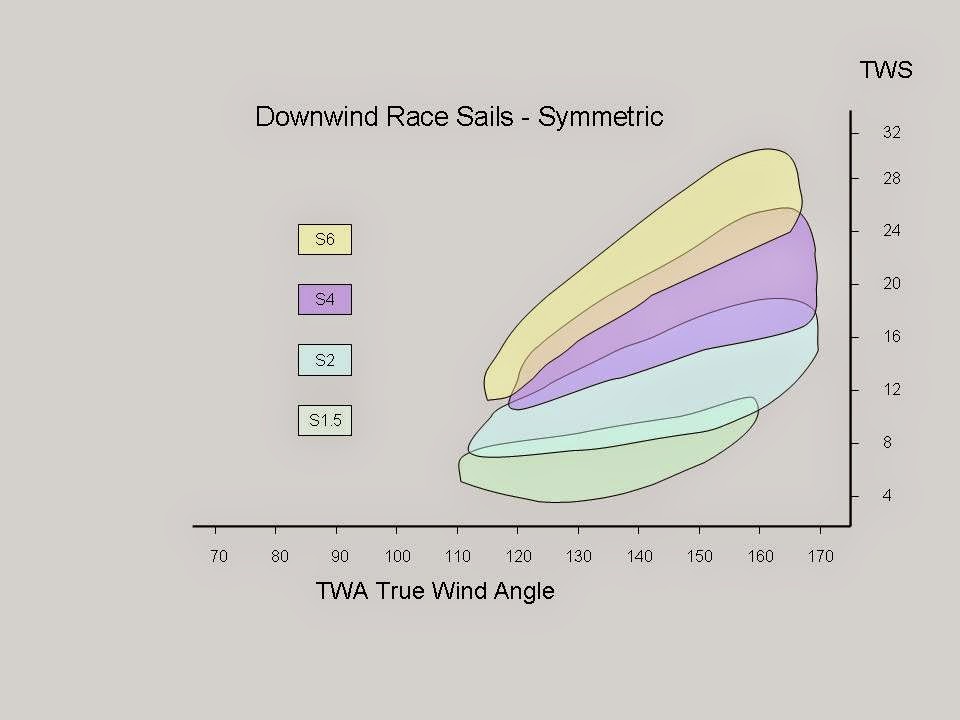 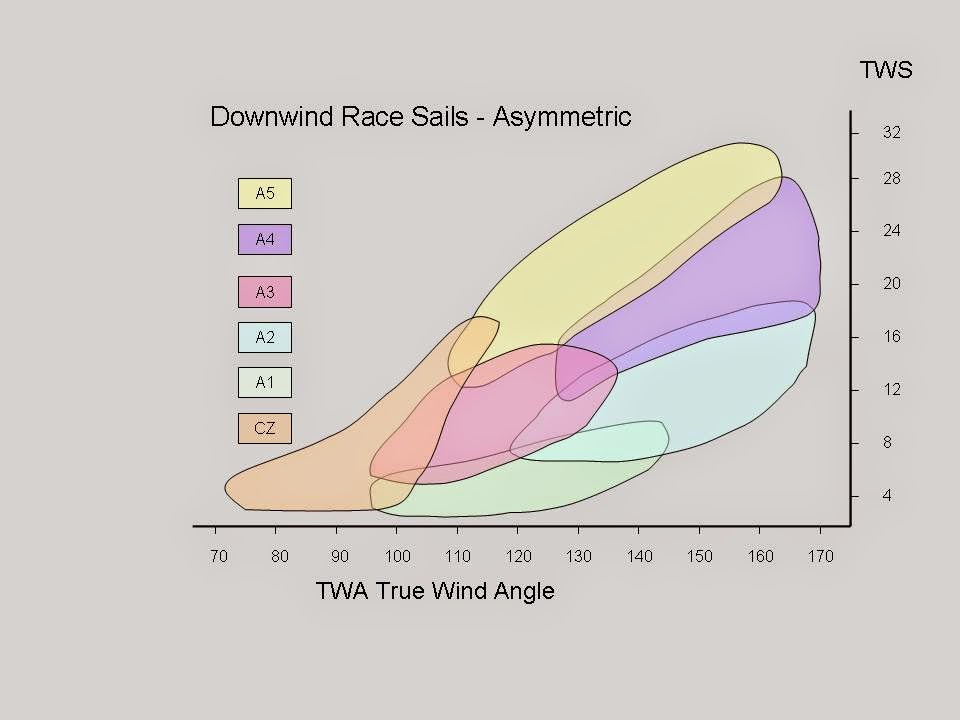 Posted by onesails gbr south at 15:21